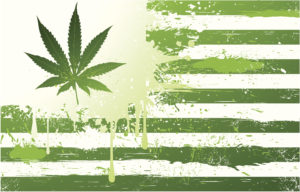 In July 2016, following the lead of some other states (most notably Colorado and
Washington State), Illinois Governor Bruce Rauner signed into law reductions in the criminal penalties for minor marijuana possession. Previously, those convicted of marijuana possession faced possible jail time; now, just a citation and a fine.

This reminds us of an age-old admonition: “Just because you can do something, it doesn’t mean you necessarily should.”

Critics of this more liberal (or libertarian, depending upon your political persuasion) policy toward marijuana have reason to worry.

As reported by the New England Journal of Medicine, there is an inverse correlation between the perceived risk of marijuana and the incidence of people’s use of it. Simply put, the less risky people view marijuana, the more likely they are to use – and abuse – it. 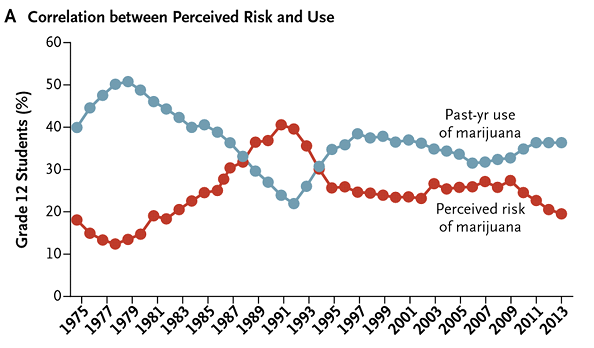 For some, decriminalization may be perceived as a tacit governmental endorsement of certain activities – including smoking pot. This moral dilemma is heightened when the government stands to profit from the behavior in question. Like sales taxes generated from marijuana sales in Colorado and Washington, for example. Since those states have legalized recreational marijuana use, the perception of its risk has lessened, and the amount of its use has increased proportionately.

So, too, have vehicular fatalities related to marijuana use. According to research conducted by AAA, marijuana-related traffic deaths in Washington state have doubled since pot was legalized there. 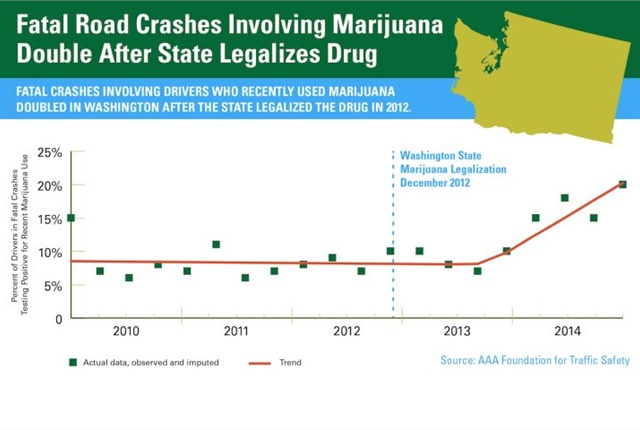 There are other reasons for concern. To begin, marijuana growers have continually bred marijuana to increase its potency. Today, the amount of tetrahydrocannabinol (“THC”) – i.e., the psychoactive component – has increased by 22 times compared with marijuana strains that were available in the 1960s.

Although often considered to be benign, the New England Journal of Medicine has identified serious negative impacts of marijuana use on brain functioning. These include reduced neural connectivity and damage to areas of the brain such as the frontal cortex, parietal lobe, and temporal lobe. In turn, that damage results in a broad range of neural dysfunction: everything from problem-solving to the understanding and expression of emotions become impaired.

It should come as no surprise, therefore, that marijuana use is highly correlated to underperformance at both school and work. Marijuana users experience higher drop-out rates and lower academic achievement. On the job, they are responsible for a disproportionate number of worker’s compensation claims, along with absenteeism and lost productivity.

Marijuana advocates often argue that it is not addictive. Research indicates otherwise. As reported in the New England Journal of Medicine, about 9% of people who experiment with marijuana will become addicted to it.

In our American culture, we laugh when Hollywood lampoons potheads in movies such as “Pineapple Express” and “Dude, Where’s My Car?”

But, at The Abbey Addiction Treatment Center in Bettendorf, we see the faces of marijuana addicts first-hand. And it’s not funny. We see people who struggle with simple tasks at school and work. People incapable of perceiving or expressing emotion. People who suffer from higher incidence of mental health diagnoses, such as schizophrenia, paranoia, and anxiety.

While we have great success in helping our patients to recover from their addictions, we can’t help but remind the public that the best way to mitigate certain public health risks is to avoid the factors that cause them in the first place.

Put another way, just because you can use marijuana, it doesn’t mean you necessarily should.