Life is a precious blessing.  All too often, those people who touch our lives — who help inspire us — are lost far too early. 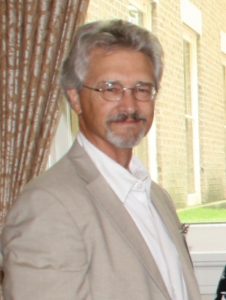 Michael W. Carthey came to The Abbey in 2008 as a clinician, following a distinguished, 32-year career in social services.  As with all of his endeavors, Mike committed himself fully to the care and support of his Abbey clients.  Mike’s particular focus was on the connection between spirituality and personal fulfillment — the concept that a relationship with one’s higher power can bring a person strength and peace.  He connected deeply with his Abbey clients, and he spent his “days off” working tirelessly on enhancing his own spiritual path, as a means for helping to guide others.  At the time of his passing, Mike was among the longest tenured staff members of The Abbey; he worked faithfully until illness prevented it.  In a lasting tribute to Mike’s own character and dedication, he asked his friends and loved ones to honor him — not with flowers, but — with donations to The Abbey Foundation, an institution which helped to start and to which he dedicated himself wholly.  Read more… 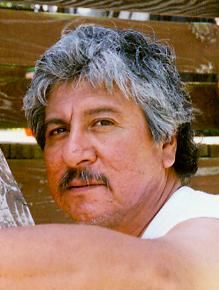 He was a machinist for the Burlington Northern Santa Fe Railroad, retiring after 36 years. He served in the U.S. Navy during the Vietnam War, where he served on the USS Chicago.

He was a member of Sacred Heart Church, the Knights of Columbus, Fort Madison LULAC Club and served as the Secretary for the Machinists Local Union. He enjoyed riding trains, making tacos at local events and was an avid Notre Dame and St. Louis Cardinals fan.

Health complications became too great for Ray to overcome — but that was not due to a lack of spirit or commitment to his Recovery, which he embraced wholeheartedly.  When he was sent flowers to his hospital room, he mentioned to Peggy, “We need to do something for The Abbey.”  His gratitude — even when his own health was compromised — was deep and sincere.

Somewhere, we know Ray is singing:  “Cheer, cheer for old Notre Dame!  Wake up the echoes cheering her name…What though the odds be great or small, old Notre Dame will win over all!” 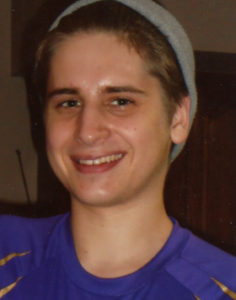 Lucas Alexander Weis entered the world on April 13, 1993. Mere words cannot describe this amazing young man. He had a heart of gold, was kind, loving, sensitive and forgiving. He never seemed to stay mad for long. He made everyone smile with his jokes and clever sense of humor. He was always seen smiling and grinning, loved to laugh and have a good time. He loved to have fun whether dirt biking, zip lining or going on vacation with family and friends. One could count on a good adventure when Lucas was around!

Lucas had an easy going personality. He was polite, non-judgemental, tolerant and selfless. He reached out to others and was above all one of the kindest people you could ever know. Anyone who had the pleasure to know Lucas was made better for it because his presence in life brought immense joy to others. (There are so many more things to say!!!)  Read more… 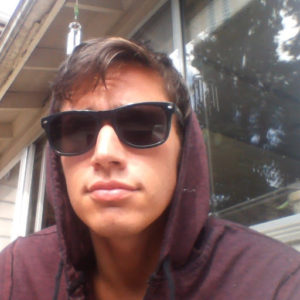 “Semper Fi” (short for “Semper Fidelis”) is the motto of the U.S. Marine Corps.  It means “always loyal; always faithful.”  It also defines our lost loved one, Torey Kracht.

Torey was an American hero. When most college graduates his age were contemplating how to buy a new car, Torey gave selflessly of himself by joining the Marines.

In answering the call to service, Torey was deployed in the Middle East. There, he learned about the camaraderie of serving among a “band of brothers.” He also observed first-hand many of the ravages of war. Men like Torey make personal sacrifices so that others of us may be free.

Unfortunately, for too many of our honored veterans, the return home did not erase the memories of the battlefield, which can be haunting.

In Torey’s memory, we ask for your respect for those military veterans and public safety officers who serve us, so that we may be free.  Read more…